INTESTATE SUCCESSION UNDER SWAZI CUSTOMARY LAW; UNEARTHING THE PLIGHT OF WOMEN AND CHILDREN.


INTESTATE SUCCESSION UNDER SWAZI CUSTOMARY LAW; UNEARTHING THE PLIGHT OF WOMEN AND CHILDREN. 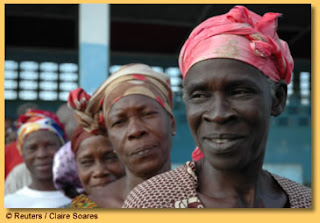 The law of succession regulates the form and manner in which a deceased person’s estate is dealt with.[1] This is regardless as to whether the deceased died having made a will or not; that is to say whether the person died testate or intestate. Swaziland observes a dual legal system which comprises of the modern law inherited through the Roman Dutch Common Law and Swazi customary law a bulk of which is not written and emanates from the long practices by indigenous Swazis. With this status core Swaziland’s law of succession varies depending on the form of marriage which persons enter into. For instance a civil rites marriage is regulated by the Intestate Succession Act No 3/1957 whilst inheritance in a customary marriage is regulated by Swazi customary law.


Inheritance under Swazi customary law does not allow women to inherit from the estates of their late husband’s and relatives. Girls do not succeed to their father unless their father makes a donation to them during his lifetime.[2]   Widows only succeed in exceptional circumstances where the rules of intestacy fail to provide an heir, they may enjoy use of the heirs inheritance provided they stay with him.[3]  The established rules of inheritance under Swazi customary law only allow males to inherit property from a deceased person. This discrimination is justified by the minority status which women possess until they die. The principles of customary law have also restrain freedom of testation as the family inner council (lusendvo- composes of the deceased headman’s family, including his aunts, uncles, and brothers and sisters) is the final arbiter in dealing with a deceased person’s estate.  In most instances a will under customary law is not written and does not comply with the provisions of the Wills Act which makes it prone to manipulation by the lusendvo who may disinherit beneficiaries.
This paper seeks to critically analyse the order of succession in terms of intestate succession under Swazi customary law and further discuss the recognition or otherwise of testate succession or succession in terms of a will with a view to make recommendations on the reformation of Swazi customary law and the making of a law that will take into account the provisions of the Constitution[4] to regulate succession under Swazi customary law.

[1] Corbett, Hofmeyr & Kahn, The Law of Succession in South Africa at page 5.


[15]Langwenya M; Historic Step Towards the Equality of Women; Analysis of the Marry Joyce Doo Aphane v Registrar of Deeds Civil Case No 383/2009 at page 2.


[16] Swaziland ratified CEDAW a year before the adoption of the Constitution which also protects these rights.


[18] Section 18 of the Constitution protects the right to dignity.


[19] Section 19 of the Constitution protects the right to property.


[25] A study by UNDP cited in the Georgetown University Journal above.


[30] GeorgeTown University Report No4 above at page.


[34] In September 2012 Swaziland deposited 30 international instruments with the United Nations which were ratified by the country following a one week consultative meeting during the peoples parliament (sibaya). www.sz.one.un.org/index.php/142-home/un-in0swaziland/268-un-instruments (last visited 23 March 2013).