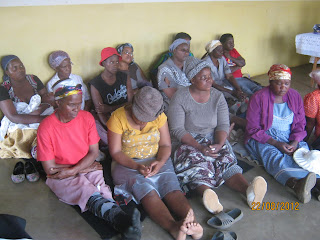 The plight of women in #Swaziland is far from over as parliamentarians opposed the protection of women from stalking. Senators were discussing the longstanding Sexual Offences and Domestic Violence Bill of 2000 yesterday. The proposed law seeks to protect among others women from unlawful stalking. The senators argued that stalking was part of social cultural norms hence proscribing it will violate the culture of Swazis. According to the Times of Swaziland (8 November at page 5) one senator decried the criminalization of forced marriages saying that such custom was more important as it ensured that a girl’s father was able to benefit from his daughter’s marriage since the girl would be given to a man who has cattle to pay lobola.
Culture has continued to be used as a shield to condone the violation of human rights in Swaziland. During this time of the year a group of men identifying themselves as members of the”water party,”( a group of men who are commissioned by royalty to traverse the country ahead of the annual incwala ceremony),  go around the country harassing and imposing fine on women who are not properly dressed according to Swazi cultural norms. This is despite the Constitution guaranteeing the protection of women from deleterious customs. The Swazi Constitution also contains equality and non-discrimination clauses which ought to serve as a yardstick for the treatment of women.
Swaziland is party to the Convention on the Elimination of all forms of Discrimination Against Women (CEDAW) and other regional and international human rights instruments having a bearing on women, hence the continued violation of women rights on the basis of culture demonstrates the country’ failure to comply to its international obligations. During Swaziland’s human rights review session in March this year, several recommendations were made regarding the protection of women which Swaziland accepted and undertook to take action. It is disheartening to see parliamentarians openly condoning discriminatory customs as one would have hoped to see positive action being taken to eliminate such practices.

The Supreme Court of Swaziland will today hear and determine the appeal case of convicted serial killer David Thabo Simelane. Simelane was convicted for the brutal killing of 28 women and children between 1994 and 2002. Simelane was sentenced to death by hanging after the High Court found him guilty of the offences following the evidence of 83 witnesses who testified against him.  The Supreme Court will also hear the appeal case of Amos Mbedzi who was convicted by the High court of Swaziland for the murder of his two friends who died in an attempt to bomb a bridge in Lozitha.

The Swaziland Supreme Court is composed of four foreign judges and one Swazi judge. The Judicial Services Commission (JSC) of Swaziland in June 2012 confirmed Michael Ramodibedi a Lesotho national to be the Chief Justice of Swaziland much against the provisions of section 157(1) of the Swazi Constitution requiring the localization of such position after seven years from its commencement in 2005. Ramodibedi has been engaged in a wrangle with Swaziland lawyers which resulted to a protracted court boycott last year. Last week the Chief Justice refused to cooperate with the Swaziland Law Society in disciplining a member of the JSC who is alleged to have swindled his clients.

The independence of the Swaziland judiciary has been put under threat in many instances as the government seems to heavily influence the work of the courts. Last year the Prime Minister of Swaziland treated judges of the High Court to a lunch in celebration of the governments’ 100% success rate in the Supreme Court. The performance of the court this session will demonstrate if the people of Swaziland can still trust the local courts to vindicate their rights.

#TUCOSWA case to be heard on 15 November 2012
The case involving the deregistration of the Trade Union Congress of #Swaziland (TUCOSWA) will be heard on 15 November 2012, the Industrial Court pronounced this morning. In this case the Swaziland government is seeking an order declaring the registration of TUCOSWA unlawful. The organization is represented by human rights lawyer Mr. Thulani Maseko who pleaded with the court to hear the matter urgently since it pertains to the fundamental rights of workers. Mr. Maseko argued that it is at the best interest of workers, employers and government that the matter be heard and finalized soon. He cited section 4 of the Industrial Relations Act 2000(as amended) which lays out the purposes of the Act amongst which is the promotion of harmonious relations and freedom of association and expression in labour relations.

The Swaziland government challenges the registration of the organization on the basis that the Industrial Relations Act does not include organizations such as federations. This is despite the Act having several provisions with the word federation. For example, section 2 of the Act defines a federation as a body registered in terms of the Act which is comprised of employers and or a combination of employers’ associations, trade unions or staff associations. Furthermore, section 2 defines the terms office and officer in the context of federations. When the court sits on the 15th, the TUCOSWA will be arguing that it was properly registered as the Act includes the registration of federations.

On another note it transpired during the hearing that the parliament Swaziland is in the process of amending the Industrial Relations Act to expressly include the registration of workers’ federations. This will however mean that if judgment is issued against TUCOSWA then the union will have to reapply to register under the new Act in which case the government has an option to allow or deny the registration.
Posted by Unknown at 04:27 No comments:

#SWAZI GOVERNMENT WANTS TUCOSWA BURIED
The Swaziland government has approached the Industrial Court of Swaziland for an order declaring that the Trade Union Congress of Swaziland (TUCOSWA) is not a workers federation. The case will be heard by the industrial court today. TUCOSWA was deregistered early this year and workers have been harassed and arrested by the police for wearing t-shirts with the logo of the organization. According to the government’s court papers, the laws of Swaziland do not provide for the registration of organizations like TUCOSWA since the Industrial Relations Act 2000(as amended) only refers to trade union, staff association or employers’ association.

TUCOSWA was able to successfully merge the Swaziland Federation of Trade Unions (SFTU) and the Swaziland Federation of Labour (SFL) to bargain collectively for workers’ rights in Swaziland. The deregistration of TUCOSWA was necessitated by the vibrancy of the organization and the huge support it had both local and international. The case comes at a time when many Swazis are calling for the unbanning of political parties and their participation in the upcoming 2013 national elections. The government has continued to silence dissenting voices and disregard the Constitution. Last month members of parliament passed a vote of no confidence on cabinet ministers which was later withdrawn due to defiance by the ministers.